– the Apostle of the blind and people far away from God

This remarkable woman, having lost her sight at the age of 22, saw her disability as a sign from God. She decided to serve blind people, both those with actual visual impairment and those who were "spiritually blind". She founded a secular institution to help the visually impaired and later a new Franciscan congregation of women religious. To this day the town of Laski near Warsaw, with a school and educational centre for blind children, is the heart of the activities of both institutions. It is a vibrant centre of spirituality, open to people in need and to dialogue with non-believers.

The loss of sight - a turning point in life

The Blessed-to-be was born into a well-known and distinguished aristocratic family (as a great-granddaughter of Tadeusz Czacki, founder of the Kremenets High School). She was born on 22 October 1876 in Biała Cerkiew (Bila Tserkva) in the former eastern territories of the Republic of Poland (today Ukraine). Thanks to a thorough home education, she was better prepared than her peers to undertake various tasks in life. At the age of 22, after a fall from a horse, she lost her eyesight, frail since her childhood. Her deep faith helped her to accept this tragic event as her personal vocation in life. Following the advice of her ophthalmologist, she decided to become passionately involved in improving the lot of blind people in Poland, who at that time were not being taken care of.

Róża Czacka learned Braille and intensively worked on her own rehabilitation in order to be as independent as possible. For 10 years she gathered experience in centres for the blind in Switzerland, Austria, Germany, and France. In 1908, she opened the first small institutions for blind children and adults in Warsaw and in 1910 founded the Society for the Care of the Blind.

Founder of a religious congregation

At the same time, she was toying with an idea of becoming a nun and of founding a community devoted entirely to the service of the blind. She spent the years 1915-1918 in the eastern territories, where she was trapped by the warfare. It was a time of her personal retreat. She began the novitiate of the Tertiaries, taking up the practice of radical poverty. On
November 19, 1917 she donned a nun’s habit and took her vows, assuming the name Sister Elizabeth of the Cross. The Congregation of Franciscan Sisters Servants of the Cross, which she formally founded, was established in Warsaw on December 1, 1918. The founding of the congregation by a blind countess was met with scepticism on the part of some people, yet it gained the full approval and support of Warsaw Metropolitan Archbishop Aleksander Kakowski. The Foundress was also held in high esteem by the then Apostolic Nuncio Achilles Ratti, later to become Pope Pius XI.

The Work of Laski

In 1921, the Society for the Care of the Blind moved most of its institutions for the blind to Laski n. Warsaw. Before long, the centre would become one of the most modern in Central Europe. The community was founded on genuinely Franciscan simplicity and poverty, which spoke directly to the hearts of everyone.

Of great significance for the spirituality of the place was Fr. Władysław Korniłowicz (1884 – 1946), a pioneer of liturgical renewal in Poland, a chaplain of university students and Warsaw-based intelligentsia, profoundly engaged in dialogue with non-believers. He accepted the role of a spiritual director of the congregation and of the lay collaborators of the Laski community. Thanks to his ministry, Mother Czacka was able to fulfil her wish to involve the sisters and the physically blind not only in expiation for the spiritual blindness of the world, but also in active apostolate and service to the "spiritually blind", that is, to those who were lost and searching for something more profound in their lives.

Father Korniłowicz was instrumental in establishing the Retreat House in Laski, which has continued to host year-round individual and group retreats for people searching for their own life-paths and for answers to their innermost problems. Furthermore, Fr. Korniłowicz provided the impetus for the creation of a Library of Religious Studies and the Verbum bookshop and publishing house, which promoted valuable spiritual and philosophical literature. Through his pastoral service, he led both non-believers and followers of other religions to God. The unique spirit of Laski attracted authors such as Zbigniew Herbert, Antoni Słonimski, Zygmunt Kubiak, and Jerzy Liebert.

The Laski community established contacts with prominent representatives of Catholic personalism in Western Europe. In August 1934, one of the attendees of an international Thomistic Congress held in Warsaw was Jacques Maritain, who visited Laski and the premises of the Verbum publishing house. Another eminent Thomist philosopher and theologian, the Swiss Charles Journet, who later became a cardinal, would also visit Laski at that time. He wrote much-telling words about his stay in Laski: "I encountered a truly Franciscan Church, poor to the verge of deprivation, but overflowing with mercy; welcoming with kindness all the miseries of body and soul, and at the same time open to all the pursuits of modern art; full of wonderful respect for the desires of the Pope, but at the same time free from all formalism. It had no hardness or contempt for the Jews but knew how to find the secret of opening to them the gates of Holy Baptism. It knew no falsehood, sincere to the point of exaggeration with the unmistakeably Slavic sincerity, which is both crazy and wonderful...".

In 1937, Mother Czacka was received in audience by Pope Pius XI, who while an Apostolic Nuncio in Warsaw had offered Mother Foundress valuable advice and guidance. He listened attentively to the account of the development of the Work and blessed it.

Mother Czacka met young Fr. Stefan Wyszyński in 1926, who visited Laski accompanying his spiritual director Fr. Władysław Korniłowicz. They were united by a strong spiritual bond. Their cooperation intensified especially during the Second World War. The young priest, a professor, who was hiding from the Gestapo, at first served as a chaplain in the outposts of Laski in the Lublin region (in Kozłówka and Żułów), and in the years 1942-1945 was the chaplain of the Franciscan sisters and the units of the underground Home Army in Laski.
Cardinal Wyszyński's friendship and spiritual bond with Mother Czacka survived until her death in 1961, which did not put an end to the Primate's connection with the Laski community.

In December 1948, Mother Czacka suffered her first stroke and in 1950 she stepped down as Mother General of the congregation. The last 10 years of her life were marked by a serious illness and suffering, which she bore and sacrificed it for the Work. She lived in a small room adjacent to the chapel in Laski, where she died on 15 May 1961. The sarcophagus in the chapel contains her relics.

On the way to beatification

Recognition of her holiness was widespread. The beatification process began in December 1987 and concluded at the diocesan stage in June 1995. In 2017, Pope Francis approved the decree on the heroic virtues of Mother Czacka, and in October 2020 signed the decree on a miracle through her intercession. This paved the way to beatification.

The miracle occurred in 2010 and was linked to a serious accident of a 10-year-old girl on 29 August. The injuries to the child's head were so severe that doctors feared that she might die, remain in a vegetative state or suffer serious damage, including the loss of sight and hearing. The girl’s family, parish and the entire congregation of the Franciscan Sisters Servants of the Cross prayed for her health through the intercession of Mother Czacka. On 13 September 2010, there was a breakthrough and the girl started to quickly regain her strength. Today she is completely cured.

THEME POLAND: The Church in Poland in Numbers 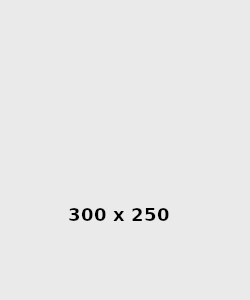