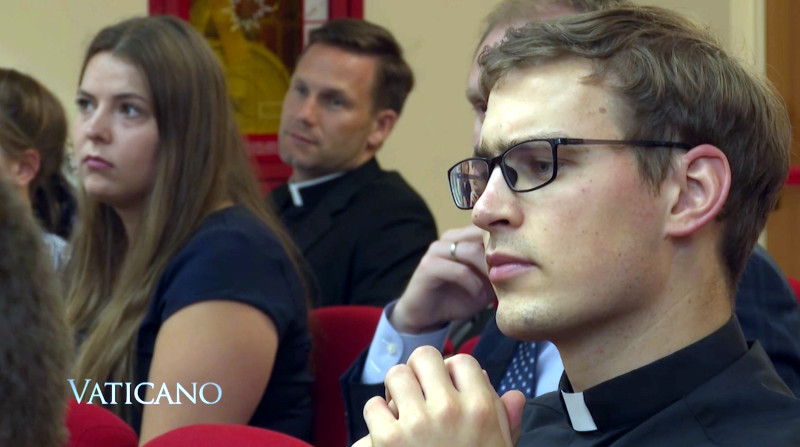 Family - Germ Cell of Society and Church in Miniature

On the eve of the international World Meeting of Families, a German symposium was held in Rome under the title "Family - Germ Cell of Society and Church in Miniature". At the event, held at the Patristic Institute Augustinianum, speakers included the German philosopher of religion Hanna-Barbara Gerl-Falkovitz, the journalist Birgit Kelle, the bishop of the East German diocese of Görlitz Bishop Wolfgang Ipolt, and Stephan Kampowski, a professor of anthropology.

The symposium was organized by the "Societas Theologiae Ecclesiasticae" (STE), which belongs to the German association "Fundatio Christiana Virtus e.V.".

The experts spoke about the various threats that families face today. The sexual revolution of the last century have led to a separation of sexuality and fertility, and the effects are felt everywhere today. 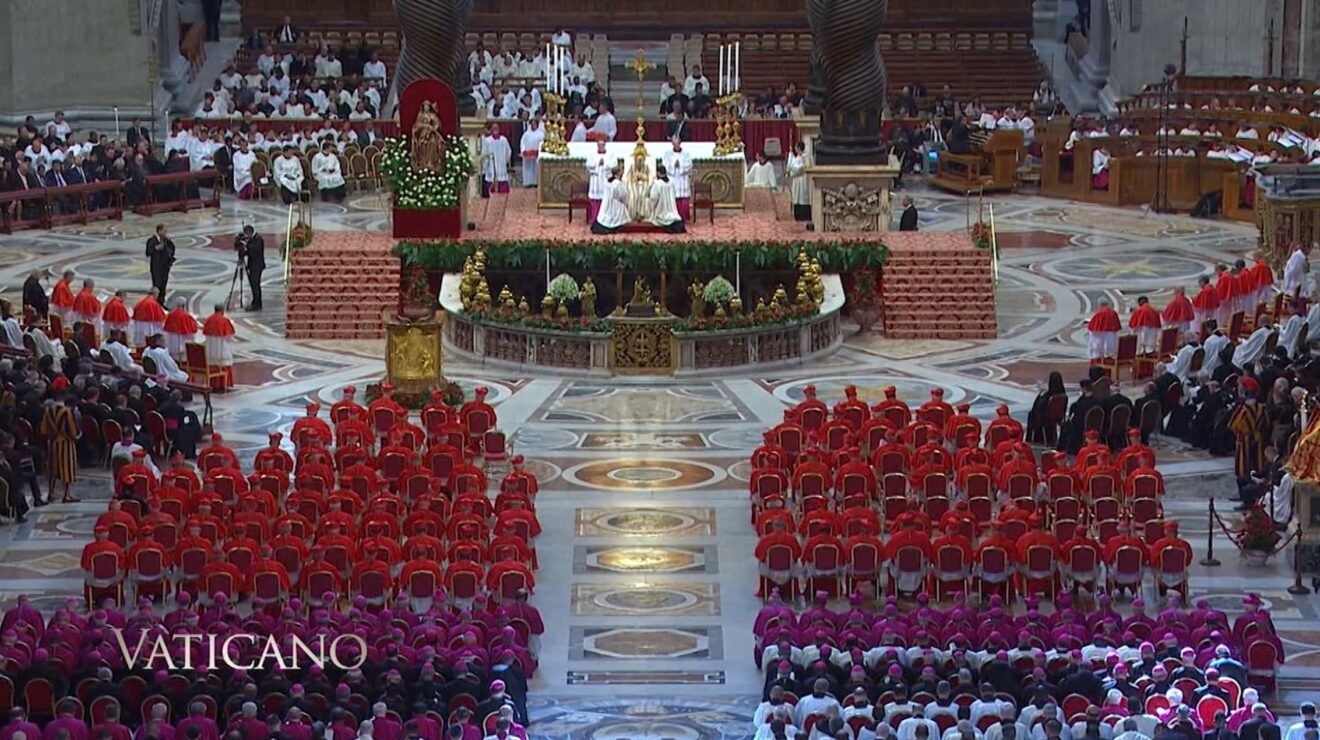 Last May 29th, after the Regina Coeli prayer, Pope Francis announced an extraordinary Consistory. On August 27th, he will create 21 new cardinals, 16 of whom will be cardinal electors. 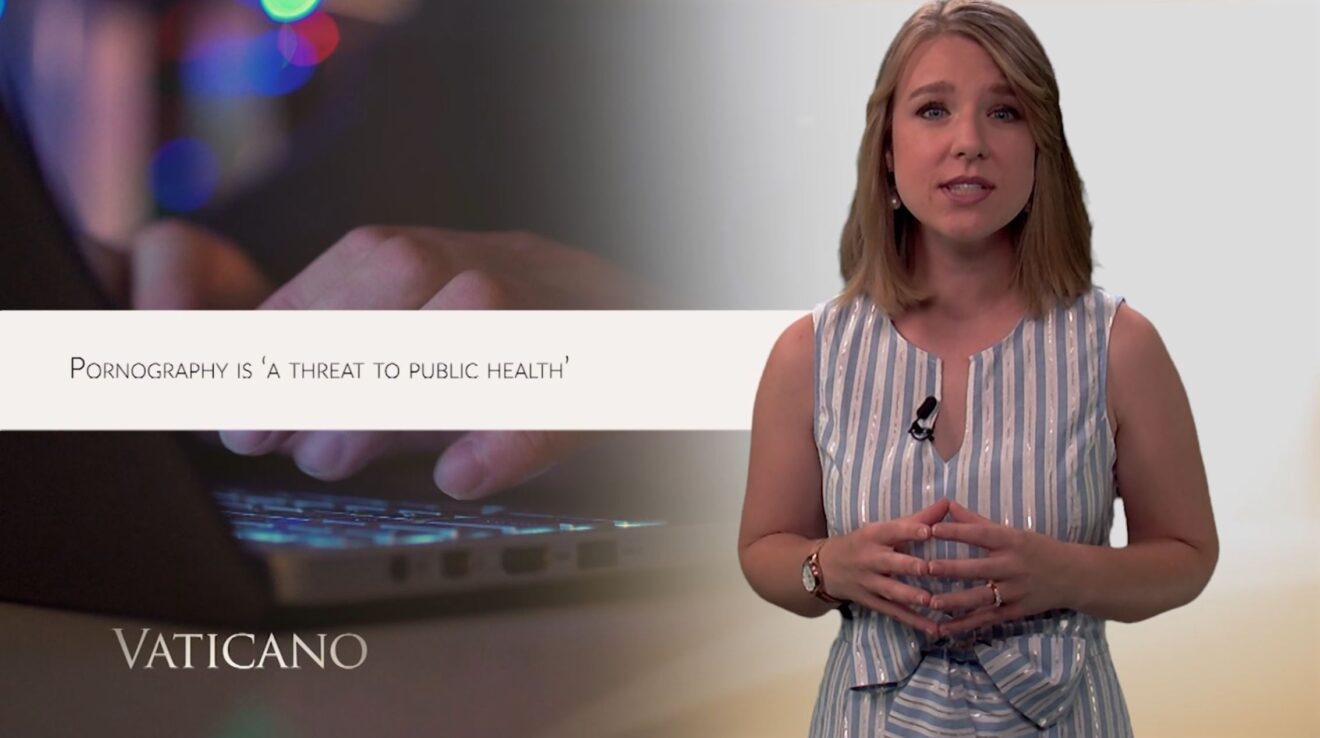 Pornography is ‘a threat to public health’

The Holy Father warned about the dangers of pornography. “It should be denounced as a permanent attack on the dignity of men and women”, the Holy Father said. It is “not only a matter of protecting children but also of declaring pornography a threat to public health,” he told members of a family association network. 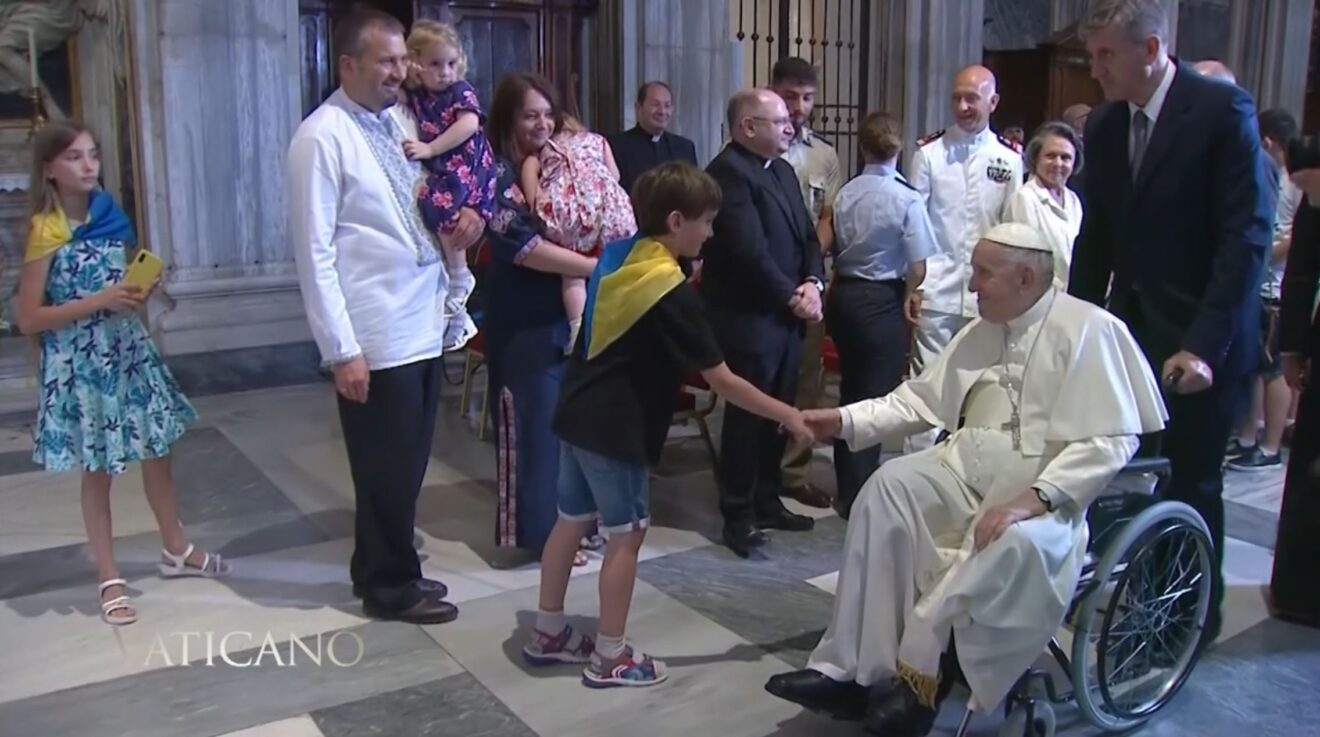 The Papal trip to the African countries of the Democratic Republic of Congo and South Sudan, originally scheduled for early July, has been postponed for health reasons. “At the request of his doctors, and in order not to jeopardize the results of the therapy that he is undergoing for his knee, the Holy Father has been forced to postpone, with regret, his Apostolic Journey to the Democratic Republic of Congo and to South Sudan,” Vatican spokesman Matteo Bruni said. 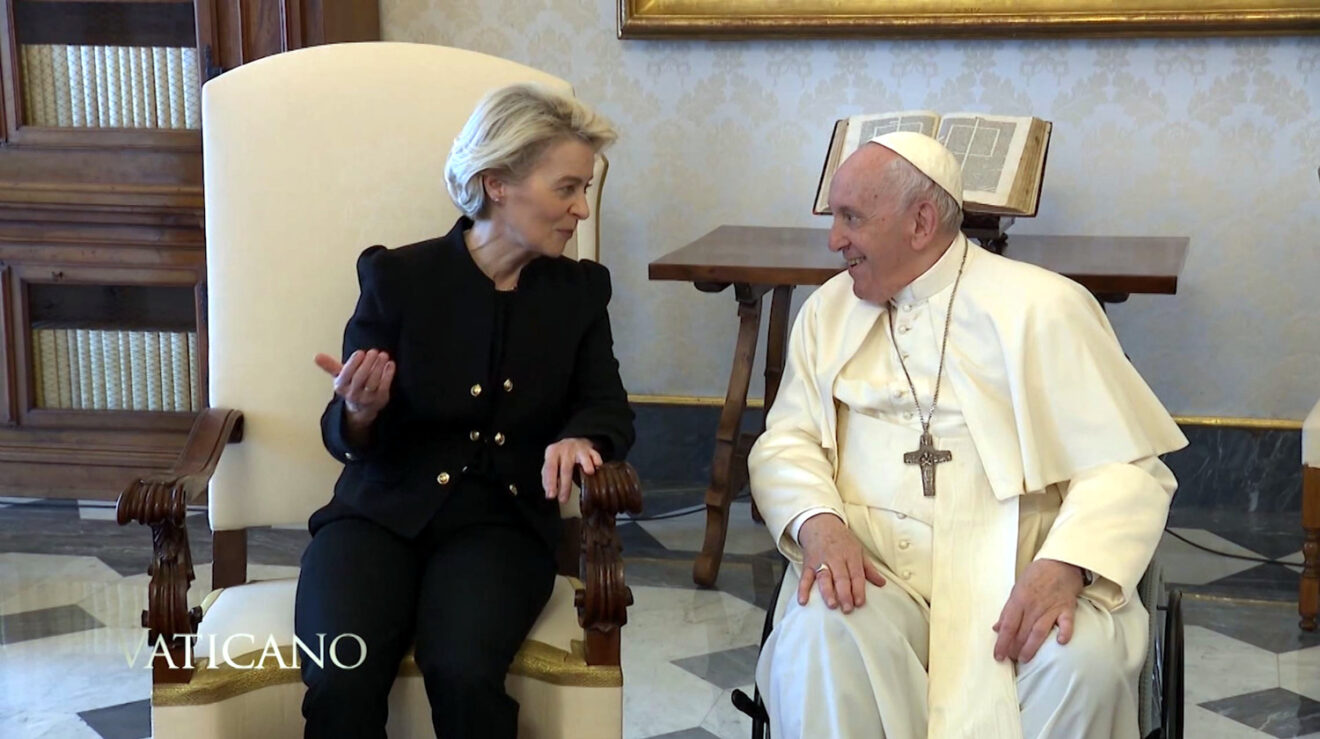 Ursula von der Leyen, European comission head, visited Pope Francis in Rome and discussed the Ukraine war. The Holy See press office said that both parties “focused on the good bilateral relations and common commitment to work to bring the war in Ukraine to an end, dedicating particular attention to the humanitarian aspects and the food consequences of the continuation of the conflict.” 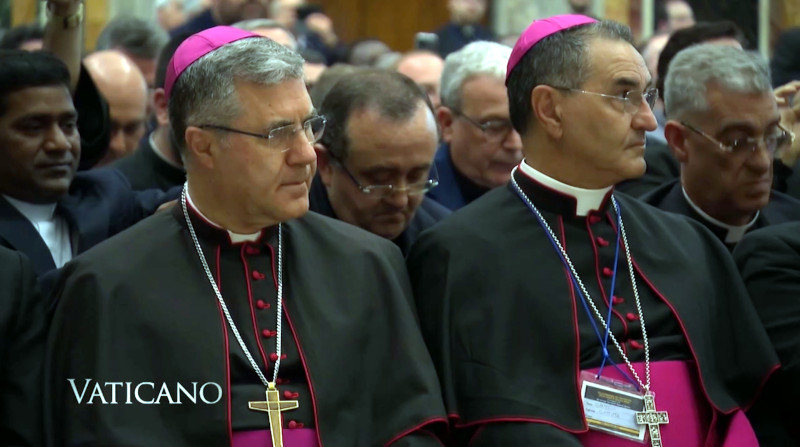 Pope Francis told priests and bishops from the Italian island of Sicily on Thursday to be strong moral guides, and to update their art and vestments in conformity with Church reforms. In improvised comments during his speech, Francis also addressed a topic that he said “worries” him: the progress of the reforms of the Second Vatican Council, particularly relating to the liturgy. 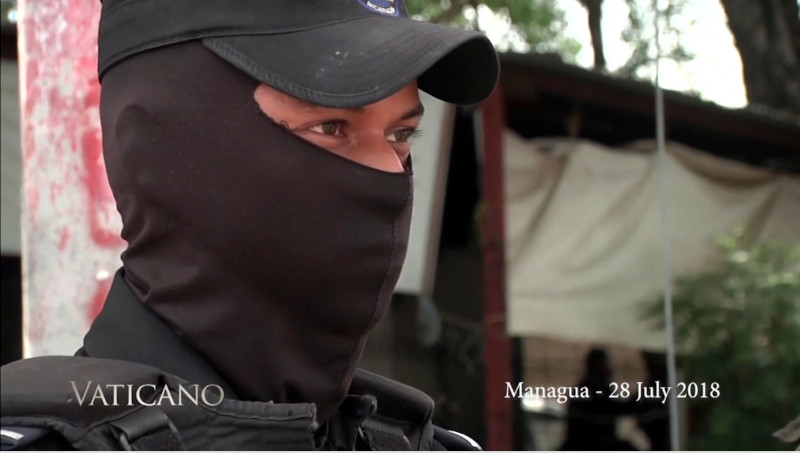 190 attacks against Church in Nicaragua under Daniel Ortega since 2018

In less than four years, the Catholic Church in Nicaragua has been the target of 190 attacks and desecrations, as well as police harassment and persecution of bishops and priests under the regime of Daniel Ortega, the country’s president, a new investigative report shows. It also shows that the regime of Ortega, who has governed Nicaragua continuously since 2007, "initiated an indiscriminate persecution against bishops, priests, seminarians, religious, lay groups and towards everything that has a direct or indirect relationship with the Catholic Church.” 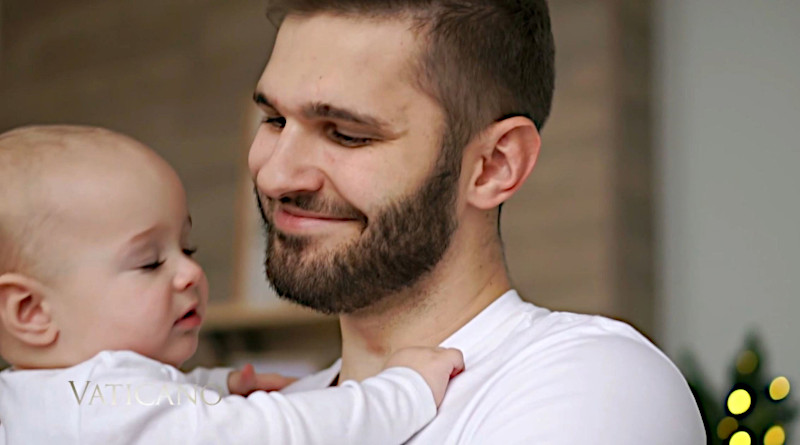 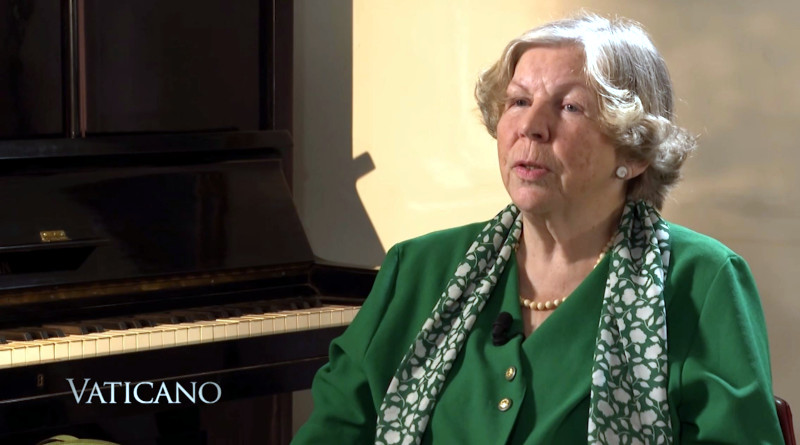 Marriage and Family: Through the Lens of Anthropology

At a symposium on the topic of the family in Rome, several experts from Germany spoke about the role of the family in today's society. On the sidelines of the event, Martin Rothweiler, director of EWTN Germany, spoke with German philosopher of religion Hanna-Barbara Gerl-Falkovitz. 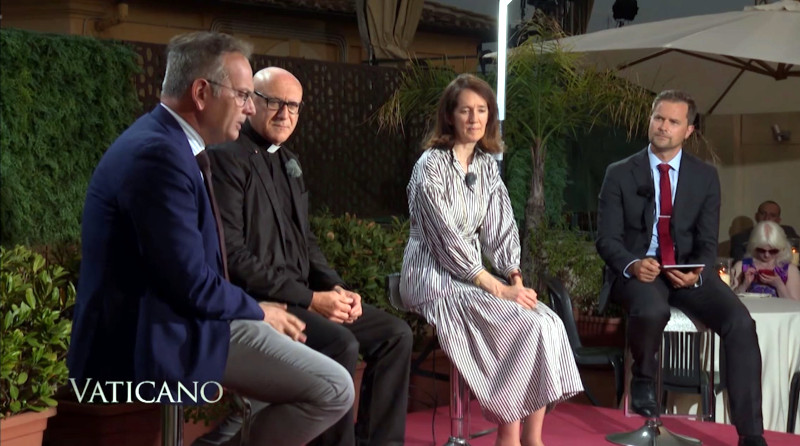 EWTN’s Vatican Bureau held on its terrace on June 15th its most recent edition of Roman Nights focusing on the future of the family in light of the Tenth World Meeting of Families to be held in Rome at the end of June.
EWTN Vatican’s Bureau Chief, Andreas Thonhauser moderated the panel featuring: Virginia Coda Nunziante, Founder of the March for Life in Italy, Vincenzo Bassi, President of the Federation of Family Forums of Europe and Don Giovanni Biallo of the Opera Romana Pellegrinaggi.
Don Walter Insero, Head of Communications of the Diocese of Rome and spokesperson for the vicariate, welcomed the event and introduced the topic of the meeting. 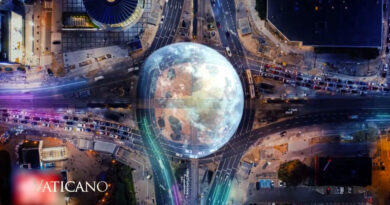 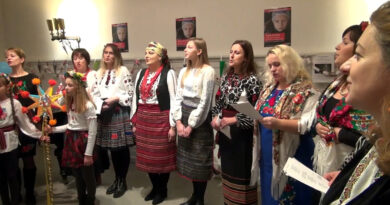 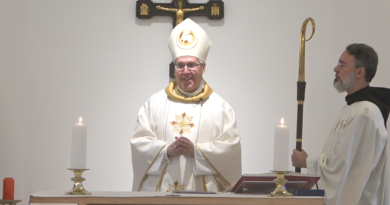