In this episode of Vaticano, we introduce the new saints canonized in the first ceremony of its kind in two years. Learn about the life and charism of Charles de Foucauld and the miracle that prompted his recognition as a saint. Every family has its own charism and vocation, meet the Assaf Family, who are on a mission to welcome university students into their home. And in this Marian month of May, discover with us the oldest image of the Virgin Mary.

First time in two years, new saints to be canonized. Discover Charles de Foucauld and the oldest image of the Virgin Mary.

This week on Vaticano,

Learn about the new saints finally canonized after two years of pandemic and discover the miracle that prompted Charles de Foucauld to be officially recognized as a saint.
Meet a family on a mission. And, during this Marian month of May discover with us the oldest image of Our Lady.

On May 15th, Pope Francis canonized 10 new saints: a mixture of priests, religious and laity, from France, Italy, the Netherlands and India: 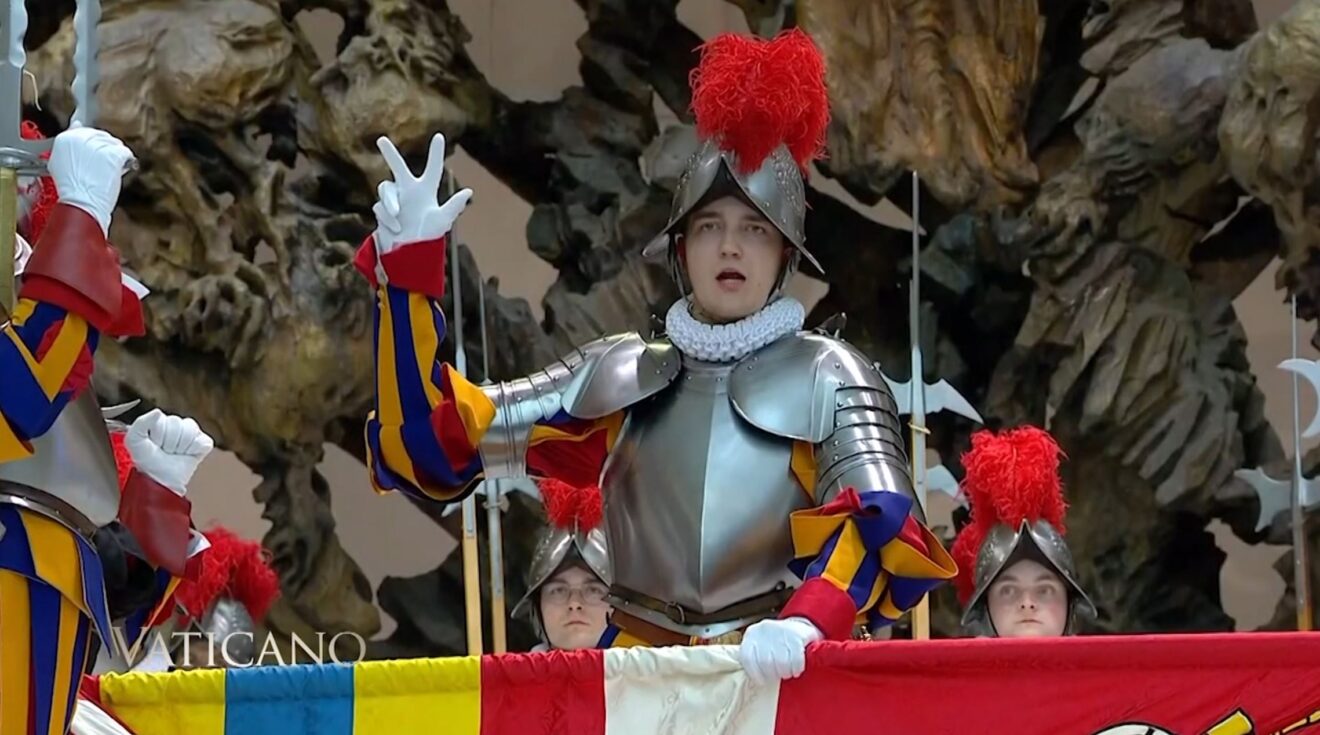 Pope Francis met the President of the Swiss Confederation, Ignazio Cassis, on the occasion of the solemn swearing-in of 36 new recruits of the Pontifical Swiss Guards. A statement from the Holy See Press Office said that both parties noted with satisfaction the transfer of the Swiss Embassy to the Holy See to Rome.
The swearing-in ceremony of the new Swiss Guardsmen takes place every year on May 6, the anniversary of the "Sack of Rome", when only 189 Guardsmen defended the Pope's life against an overwhelming force of marauders. In the end, only 42 of the Swiss Guard survived… and so did the Pope. 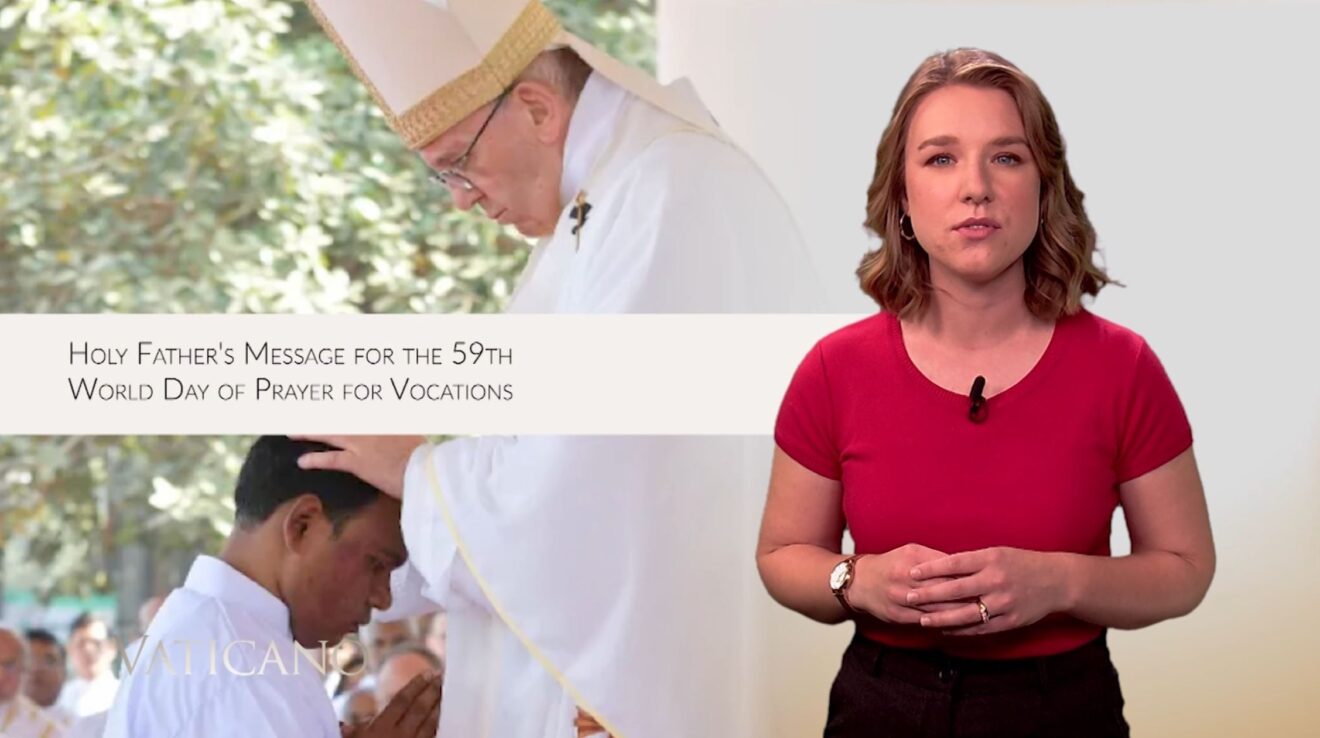 Pope Francis, in his message for the World Day of Prayer for Spiritual Vocations, addressed the "meaning of 'vocation' in the context of a synodal church." All are called to "share in the mission of Christ," to unite humanity "and reconcile it with God." The Holy Father stressed that everyone has a vocation, even those who do not have a vocation to ordination. 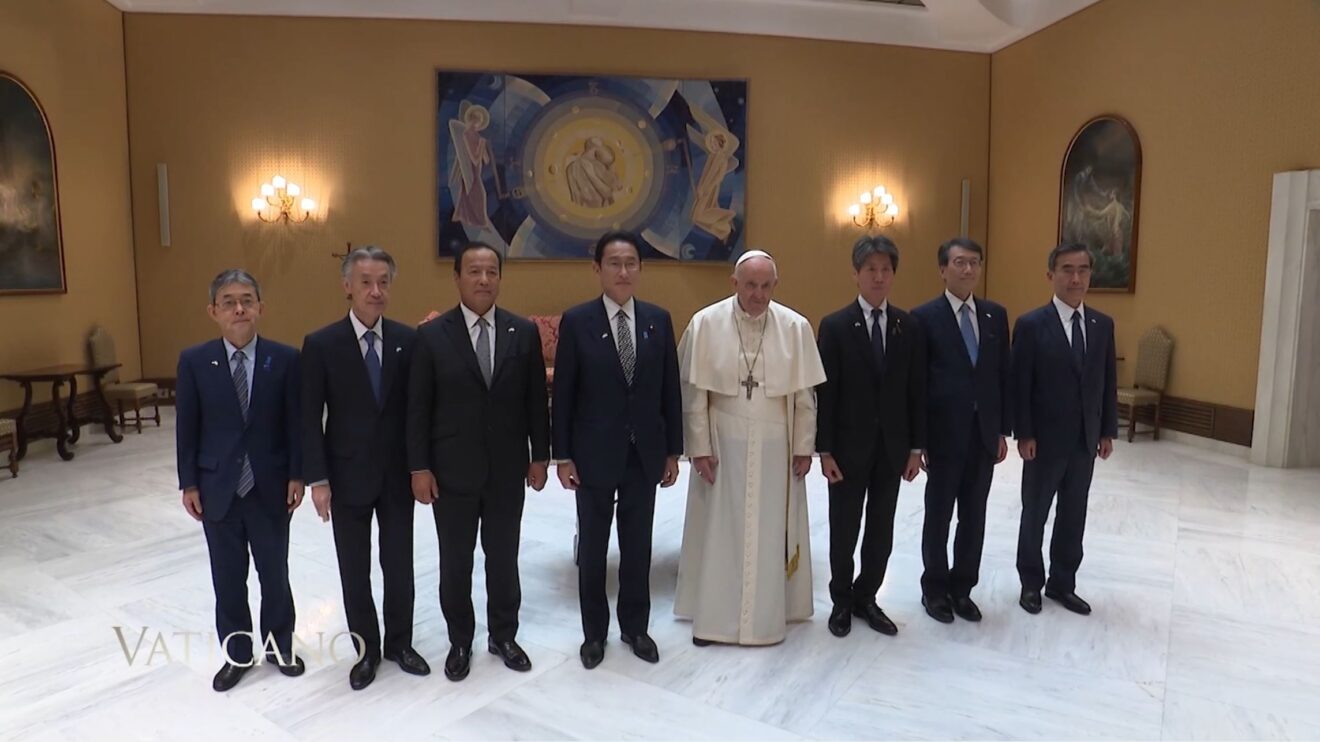 Japan’s Prime Minister Fumio Kishida met with Pope Francis and told Vatican officials of his deep concern for China’s actions in the South China Sea and the human rights situation in Hong Kong and Xinjiang. According to a statement from the Japanese Embassy to the Holy See, Kishida had “a fruitful exchange of views” with Pope Francis, “addressing issues such as the Russian invasion of Ukraine, East Asia, [and] North Korea.” 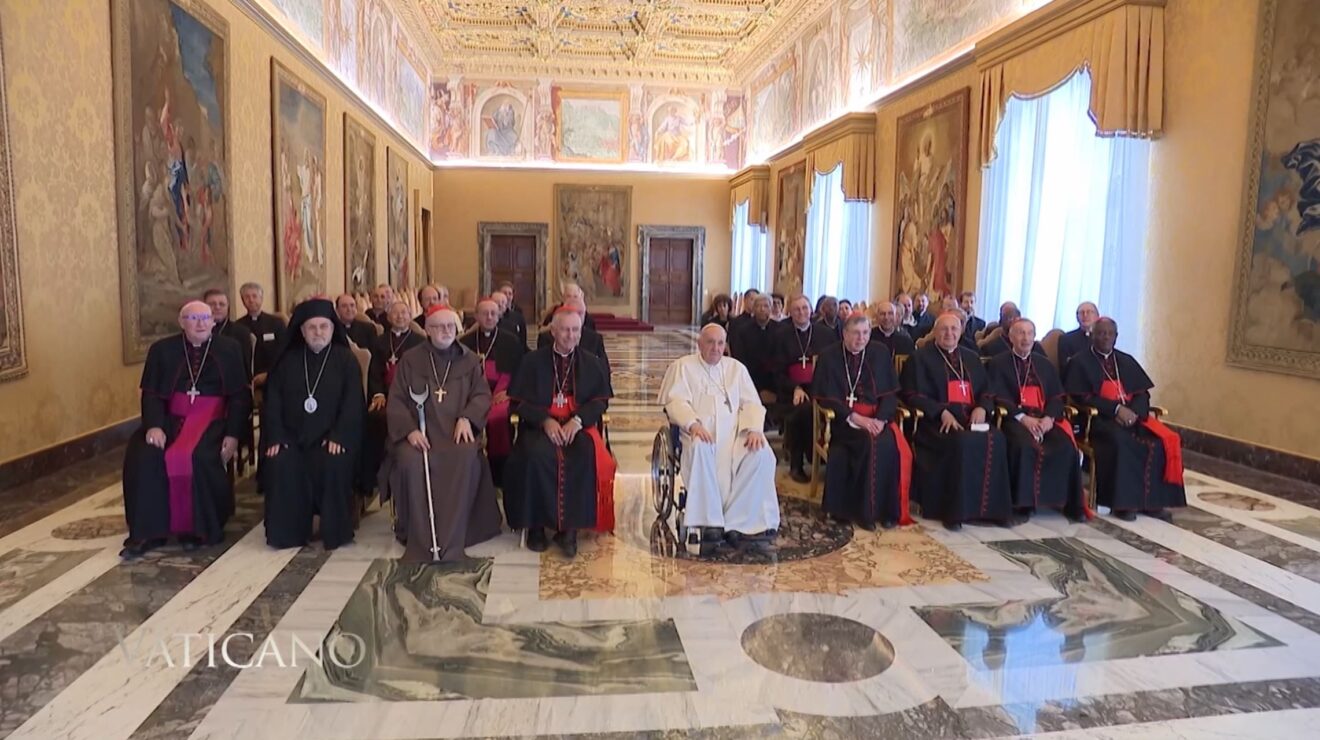 In an address to members of the Pontifical Council for Promoting Christian Unity Pope Francis said that the “barbarity of war” should inspire a new push for Christian unity. In his speech, the Holy Father said that Christian communities needed to recognize they are on a journey of faith together with the members of other confessions. When a community tries to go it alone, he said, it runs the risk of “self-sufficiency and self-referentiality, which are grave obstacles to ecumenism.” 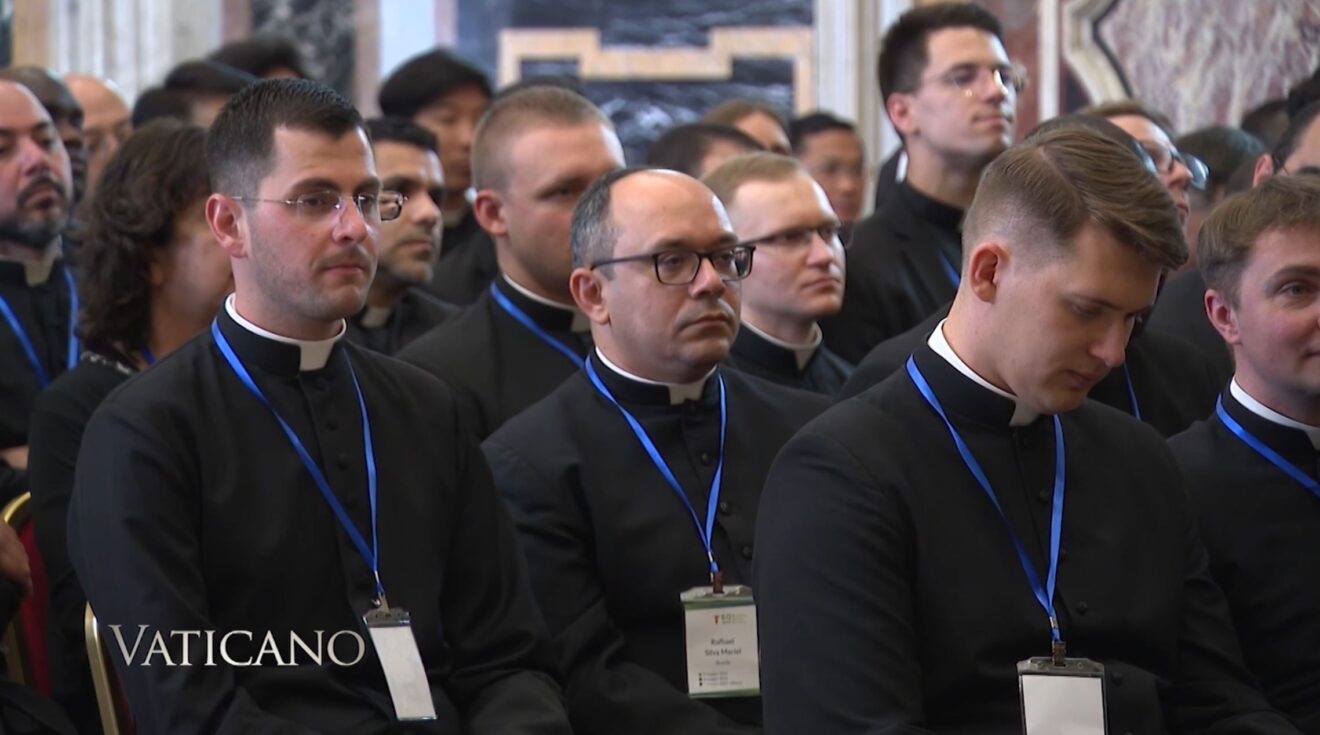 Pope Francis has warned against exploiting the liturgy for one's own ideologies. It is not possible to worship God and at the same time make the liturgy a battleground for specific topics, the Holy Father explained to students of the Pontifical Liturgical Institute at the Pontificio Ateneo Sant'Anselmo, a Benedictine-run university in Rome. Liturgy, he said, should lead to greater ecclesial unity in life and study, not division. 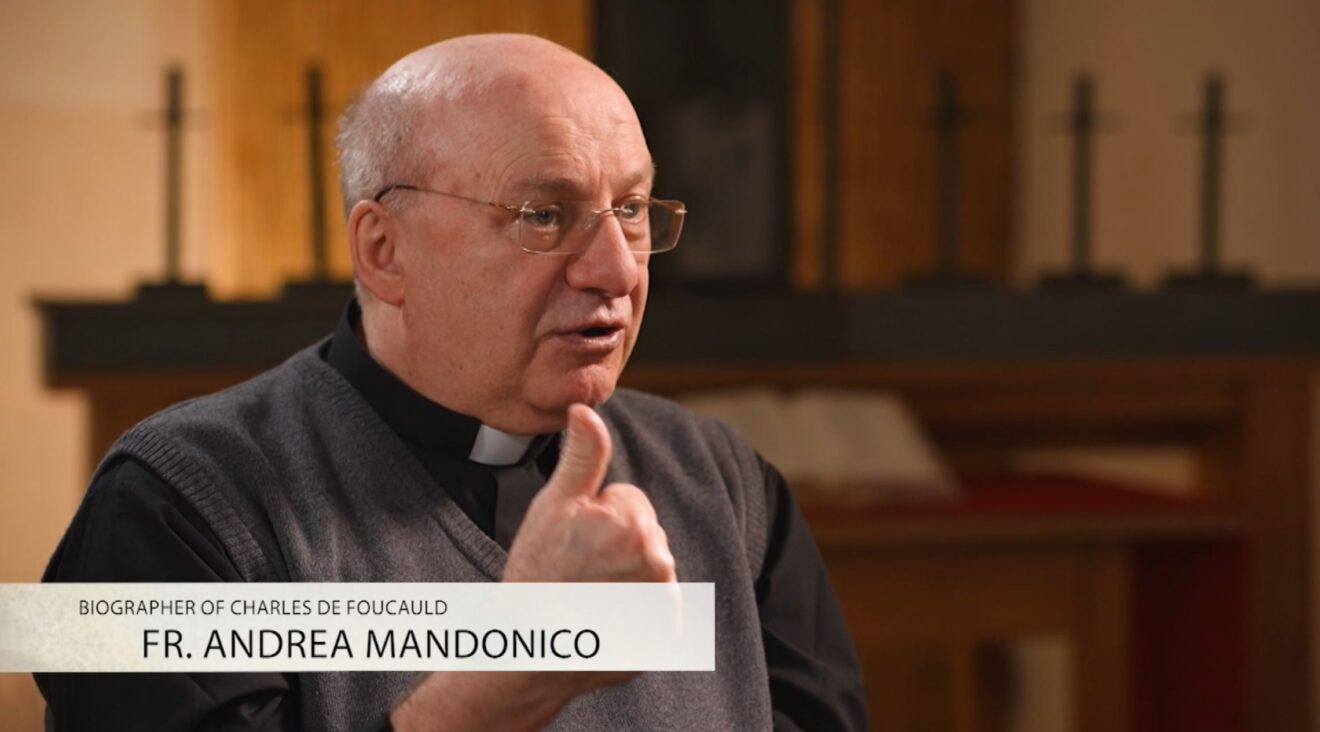 In Footsteps of Charles de Foucauld

Just outside the center of Rome in Tre Fontane, there is almost nothing to remind us of the heat and loneliness of the Sahara, the largest desert in the world. And yet there are still footprints to be seen here of the desert saint, Charles de Foucauld.
Here, in the monastery of the Piccole Sorelle di Gesù, there is a museum where objects of Foucauld are still kept. 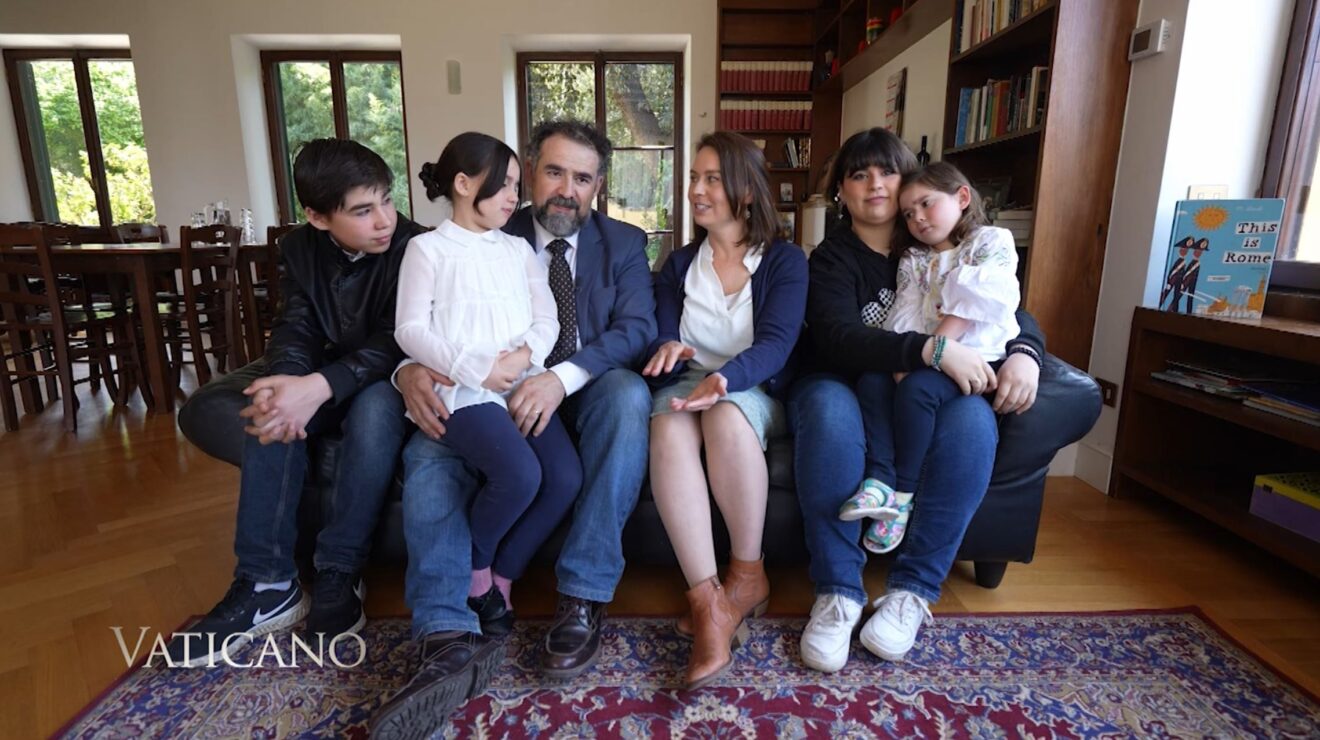 Imagine having four children with your husband or wife. Now, imagine adding 27 students into your house and living in the center of Rome. For some, this would be a recipe for chaos. But for the Assafs, this blend has become a vocation and ministry.

Nestled in a quiet corner of Rome amidst the surrounding chaos, Andrea and Tony Assaf live in a villa with their family and students.

True Face of the Virgin Mary

With the incarnation of Jesus Christ, God acquired a human face.

We all know the face of Jesus, and his physical features very precisely. From the first centuries, Jesus' face was depicted and represented in a similar way to the images and icons of today.

However, the image of his mother, of the Virgin Mary hasn’t acquired fixed physical features.

In different countries she is represented with different faces and in every apparition she even appears differently. In Fatima, Our Lady looks like a Portuguese, in Guadalupe, Mexico she appeared as an indigenous on the tilma of St. Juan Diego, and in Africa, as at the apparitions in Kibeho, Rwanda, her skin is dark.

The question arises then if Our Lady is an historical person who has been taken to Heaven in body and soul, why don’t we know her original face? 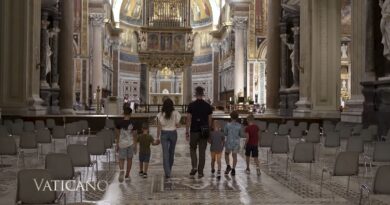 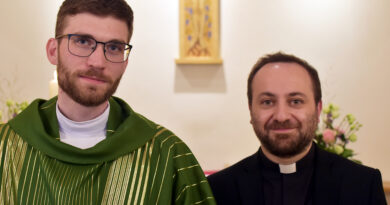 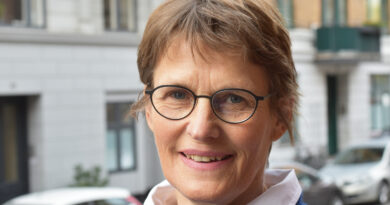 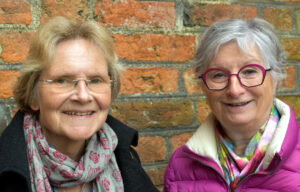 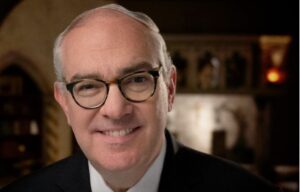 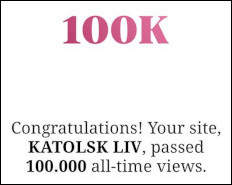 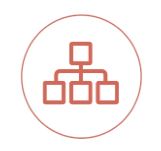 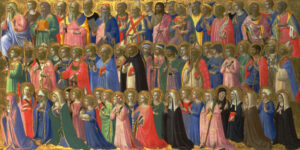 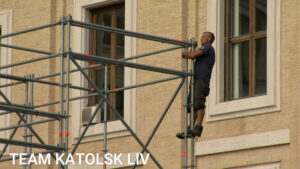